Prince Turki AlFaisal Al Saud is the youngest son of King Faisal, who ruled Saudi Arabia from 1964 to 1975. He was educated at Princeton and Georgetown University. From 1978 to 2001 he was head of the Saudi Arabian General Intelligence Department, which was responsible for the Kingdom’s dealings with Afghanistan, and for the next twenty-three years it was Afghanistan that absorbed most of his attention. Soon after he left the Department, he was appointed Ambassador to London from 2003 to 2005, and then Washington from 2005 to 2007. In these posts he argued first against the invasion of Iraq, and once that was a fait accompli, for a more sensitive, less radical political solution than that imposed by the Americans. Since he left Washington Prince Turki has been running the King Faisal Centre for Research and Islamic Studies in Riyadh. 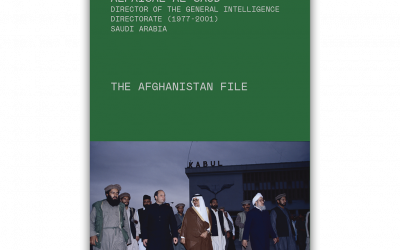 The Afghanistan File, written by the former head of Saudi Arabian Intelligence, tells the story of his Department’s involvement in Afghanistan from the time of the Soviet invasion in 1979 to Nine Eleven in 2001.Beginning with the Saudi Arabian backing of the Mujahideen in their fight against Soviet occupation, the story looks into the peace initiatives made in vain. It also addresses the Taliban rise to power, and the shelter given to Osama Bin Laden.

For US orders, visit The Afghanistan File (casemateipm.com)