Michael Crawford is an independent historian who writes on the history of the Arabian Peninsula. After qualifying as a barrister, he served the British government in London and overseas, including in Egypt, Yemen, Saudi Arabia and Pakistan, from1981 to 2009. He was a visiting Fellow at Princeton in 2009. His incisive biography of Ibn ‘Abd al-Wahhab, founder of the Wahhabi movement, was published in 2014 by Oneworld in its Makers of the Modern World series. 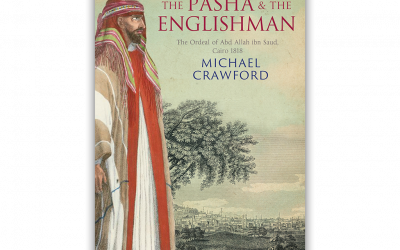 The Imam, the Pasha, and the Englishman: The Ordeal of ‘Abd Allah ibn Sa‘ud, Cairo 1818

The dramatic encounter between Muhammad ‘Ali Pasha, Ottoman governor of Egypt, and his vanquished Saudi foe, Imam ‘Abd Allah, in Cairo in November 1818 marks the symbolic end of the First Saudi State. ‘Abd Allah was in transit to public execution in Istanbul, the pasha on his way to becoming a major regional force and founding a local dynasty. The meeting was witnessed by an English Whig, John Bowes Wright, Fellow of Jesus College, Cambridge, whose previously unpublished account throws new light on the exchanges, and the surrender by ‘Abd Allah of the remaining treasures taken by his late father Sa‘ud from the Prophet’s tomb in al-Madina.